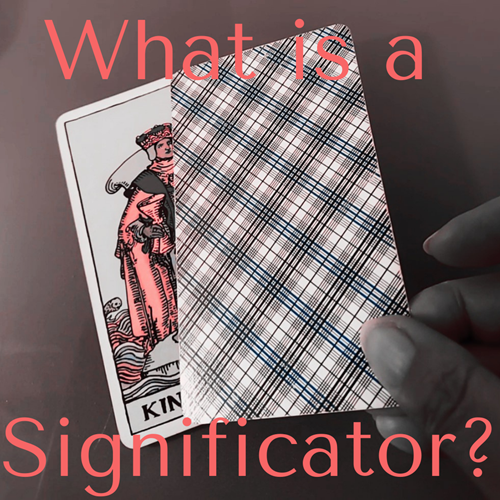 You may have heard the term Significator when using and studying Tarot.

So, what is a Significator?

Traditionally they are a court card taken from the deck which matches the questioner's Astrological sign, their colouring, age or marital status. They were and are by a lot of readers, used with a traditional Celtic Cross Tarot spread.

The card is meant to be the Questioner in card form and placed in front of the reader, taken from the deck before shuffling. What aspect of the Questioner is chosen, hair colour etc is decided by the reader. A significator is not chosen by the person having the reading. While they can be used in any Tarot spread, with a traditional Celtic Cross this is a card laid directly underneath the first card which is titles ‘This Covers You’. In effect, it then is not seen as it is under another card.

While it can be a court card, it can be any card that mirrors the client's issue yet be it a traditional court card or another card, a lot of readers do not use Significators as it can take a potentially important card from the deck. For this reason, some who like to use a Significator will use a second deck to take it from. Some readers do like to find what they feel would be the questioner's Significator and keep it in the deck just in case it comes out in the reading.

A Significator does not have to be a Tarot card, as it is a point of focus for the reader it can be anything, a photo, a written question any things which you’re drawn to, or nothing at all.

Significators are one of those personal things in Tarot. Some do, some don't. I tell students to give them a go, be imaginative if they don't want to be traditional & use something different than a card from the working deck. See what works for them, as it is something that is aimed at being the focus for the reader.